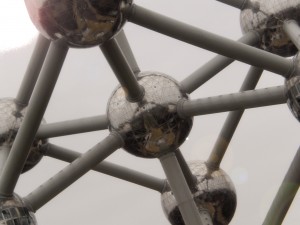 Storytelling, the oldest way of communicate stories is also the newest method to create narratives thanks to the old and new media. It’s not about losing the connection with the old fashioned traditional books, but just about finding a new one, in a different way and with several media, or transmedia. Hence, Transmedia Storytelling.

The basic point is based on experience, user- or reader-one: the aim is to obtain an increasing of sensory and emotional faculties of the audience: people must be engaged into this new kind of telling stories. These are new forms of interaction and a sort of new tests for both the narratives-addicted and contemporary writers, but one main thing is distorted: readers are also writers of each single story they read. Each medium has its own function, so each writer could decide which medium is the best one to use, in order to direct his words.

Moreover, thanks to the spread of digital media, and particularly of web contents, storytelling could be listed as a SEO tool when used through the web. It can be considered as a mean to increase a page visibility, but just if your contents are exciting, well written and useful. Web-writers have to tell a story that should captivate users interests, through an original plot in your project, a tip in your story, a creative trick, a serious intrigue.

Transmedia storytelling deals with the imaginary world; in fact, using more stories in several media, it helps to spread the communication and the way of communicate, multiplying the imaginary of a story, taking into account the multiple technological and narrative systems. It can also be defined as an integrate way of thinking. So, for this reason, while writers must be ready to pass from a medium to one another, adapting their story to all the platforms involved, readers have to do the same, accepting the rules of the multiple media and adapting their total sense of story. If they easily understand the ‘grand story’ that goes through the different media, and they appreciate it, then the narrative will be shared and – hopefully – continued by them.

Contents distributed on different platforms have to be clear and able to make audience wishing to take part in the project. Hence, contents must be able to arise a sense of participation and emotional reaction. The more people like your story, the more they trust it, the more they will share its contents. This helps spreading link building, increasing organic traffic and search engine rankings, that’s why transmedia storytelling should be part of SEO strategy.

Did you liked this article?

Register and discover all the power of 1MinuteSite