E-commerce trends in 2015 : 1msite is still following them! 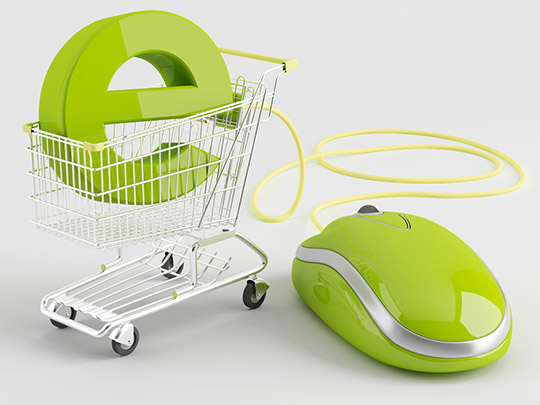 As showed in our past posts, year by year, E-commerce market has become an essential tool for advertisement and purchase of services and products regarding several sectors. Taking into account some data given by many research, many countries including Italy, Spain, France and Germany, have had substantial increments in using E-commerce platform, showing in that way a positive trend increased of 25% in 2013 and still higher in 2014, exactly up to 47%. The trend, mainly, is due to the substantial and deep changing in the people life-style, basically busy and hectic. Therefore, from one side, the daily demand of clients to purchase online, in the other side, the need for supplier to provide and develop new system and at the same time improving solutions already existing in the market in order to successfully satisfy several requests and needs of clients. Such data, concerning Italy, have been further confirmed thanks to a Deloitte research, which is mostly substaining the 45% of Italian population can be defined as “digital omnivorous” , indicating in such way all people who own contemporarily a laptop, tablet and smartphone.

To all these assumptions we should add info coming from a research made by Shopify which is emphasizing that, between the end of 2014 and the beginning of 2105, there has been a strong boost in mobile purchases, estimating that 33% of different purchases were made trough smartphone or tablet rather than from desktop. 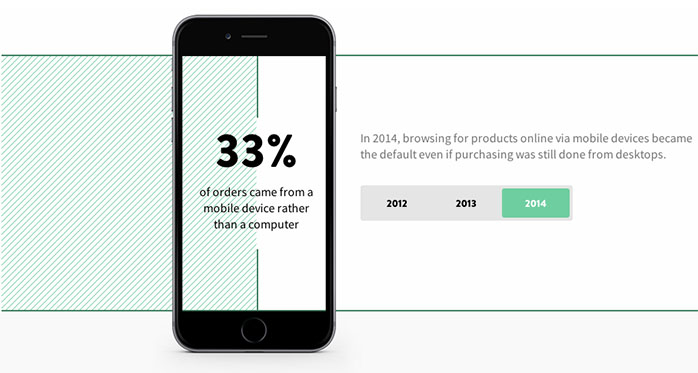 These data highlight how the trend is still raising up, as we could notice that in 2012 purchases were just only the 12% and in 2013 a little bit higher up to 23%. Therefore, just showing number, we could assert that the E-commerce market in 2014, and only  in two years, has had an incredible boost up to 175% but still more persuasive is the creation of mobile account for E-commerce that has overtaken those regarding desktop.

Mainly these numbers and percentages, if rigorously studied, reveal how nowadays lifestyle are even more extreme, indeed we could easily recognize in such behaviour the difficulties met by any worker to pledge time for shopping, to spend time for evaluating and comparing several products, the troubles to combine working hours with opening and closing hours of shops. Probably, is the latter the principal reason : the customer knows that E-commerce market is never closed, no opening or closing hours or even any clerk who should show you something; a laptop, a smartphone or tablet as well is enough to make your purchase, even some minutes before sleeping. All these factors made possible for the consumers optimizing the time during single day, nowaydays still a huge rebus for many of them , giving in this way to clients daily implicit profit.

Here’s an hourly breakdown of sales in a typical day to show how and when people shop. The most popular time to buy online is weekdays between 12-2pm and on Sunday evenings.

Finally, we could assert we are in front of a genuine turnaround, therefore 1msite, listening frequently to client needs , is still improving to satisfy requests giving daily possibility to create website, even for free, with the E-commerce platform option. Moreover, still following the current trend, 1msite has developed and improved many new responsive templates available not only for desktop but also for mobile devices. All these efforts are made to increase service efficiency trying in these way to pay attention and accomplish the tacit requests of mobile consumers.

Did you liked this article?

Register and discover all the power of 1MinuteSite